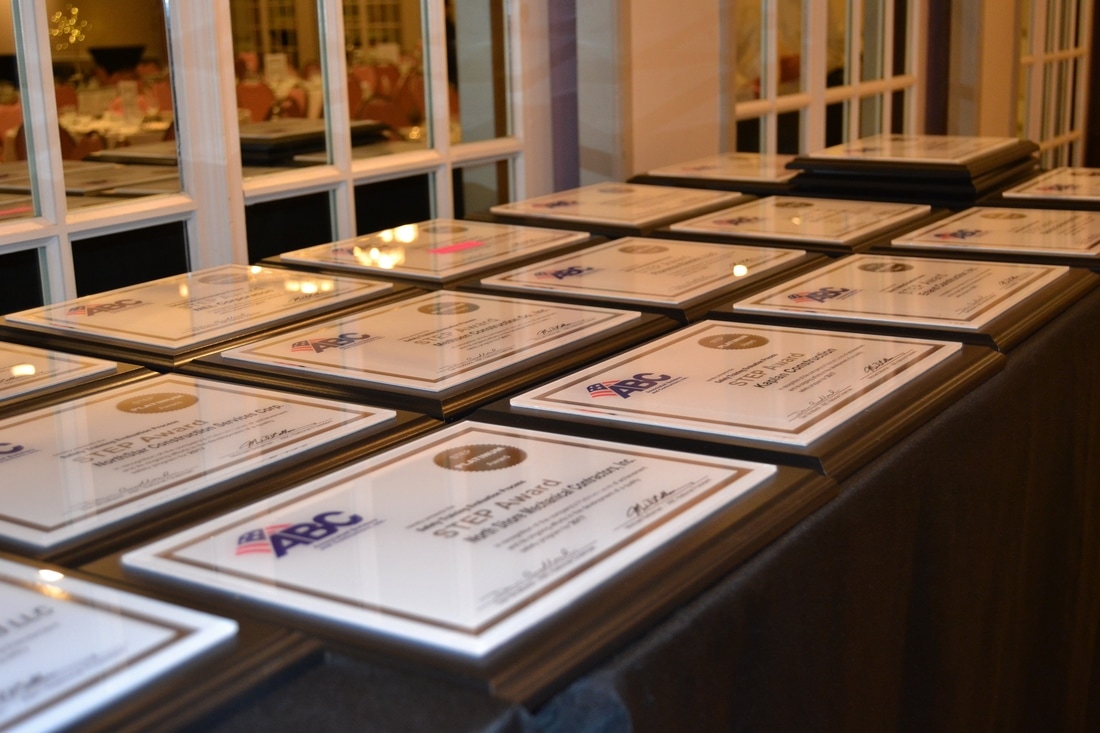 The S.T.E.P. Awards is ABC/GCI’s premier annual event. “A contractor’s most valuable resource is their workers. There is nothing more important than jobsite safety,” said GCI President Barbara Lagergren. “This year’s award recipients deserve each and every accolade they received by continuing to raise the standards of safety, training, and education throughout the construction industry.”

S.T.E.P. Awards are presented annually to ABC member companies with exceptional safety records and this year’s applicant pool was fiercely competitive with a record 60 companies recognized as having an outstanding commitment to jobsite safety. Applicants are evaluated on a number of statistical factors such as incident rates, lost time and OSHA recordable injuries combined with a safety audit consisting of twenty key components.

For the second time, in its eighth year of participation, R.H. White Construction Co., Inc. took home the Platinum S.T.E.P Award in recognition of its exceptional commitment to ensuring a safe work environment for their entire workforce. The company has also received three gold and three silver achievement awards in that timeframe.

R.H. White Safety Manager, Rick Denham stated, “We want to thank everyone who contributed to making R.H. White a safer place to work. This is a continuous journey and we hope your great work will help us to achieve that illustrious diamond achievement in the very near future.  It takes hard work and we’ll need everyone’s help, but we are confident we can make it happen.”