By rhwmaster January 7, 2021 News
No Comments 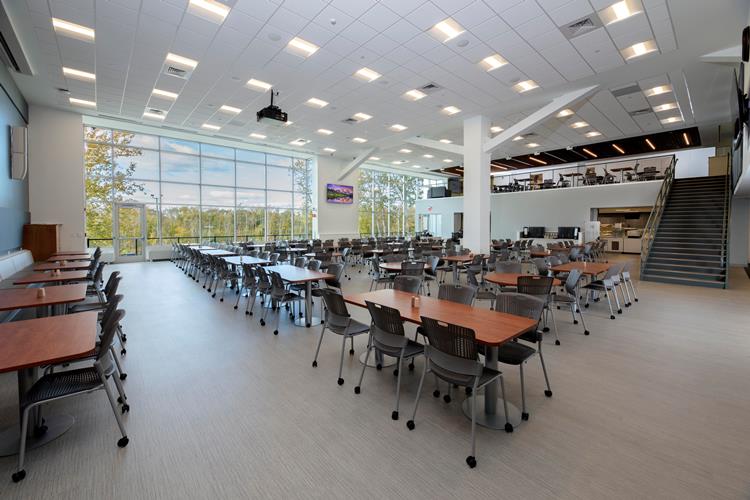 R.H. White Construction, Inc, a construction services and solutions company, was honored by the Associated Builders and Contractors (ABC) of Massachusetts with an Excellence in Construction Award (EICA) for a corporate cafeteria project. The project, which was completed for an industrial client on the North Shore of Massachusetts, received the Eagle Award, in the general contractor renovation category – the highest level of recognition that the ABC bestows in the competition.

The Excellence in Construction Awards (EICA) Competition provides an opportunity to have construction projects from a distinguished roster highlighted as the “best of the best” in the construction industry. An independent panel of judges from the architectural, engineering, contractor, developer, and owner communities evaluates projects based on criteria that includes project execution, craftmanship, safety, innovative elements and challenges, and client satisfaction.

R.H. White’s project consisted of a two-story design that included a partial 5,000 square foot renovation as well as an 8,000 square foot new addition. R.H White was awarded the project due to its ability to keep the existing food service operation open throughout construction – including the kitchen, cafeteria, and food storage areas – by approaching the project in phases.

In addition to the cafeteria on the main floor, which includes a beautiful glass façade allowing for ample natural lighting, it also consisted of the servery, an industrial kitchen, and a 24/7 automated grab-and-go vending space. Additionally, a second-floor mezzanine with café seating, three conference rooms, and a roof deck was also incorporated.

“We are proud to be honored by ABC for this project and immensely proud of the R.H. White employees, subcontractors, and architectural firm, SGA, of Boston for the collaboration and fine work on this design-build endeavor. At the end of the project, the reaction from the food service manager and cafeteria employees, as well as the company’s employees, was award of enough but to be recognized by ABC; that truly is the icing on the cake,” said Shawn Semo, Manager Building Construction for R.H. White.

This year’s recognition ceremony was held virtually on December 29, 2020 and featured a wide variety of notable projects from the merit shop construction industry throughout the Commonwealth of Massachusetts.