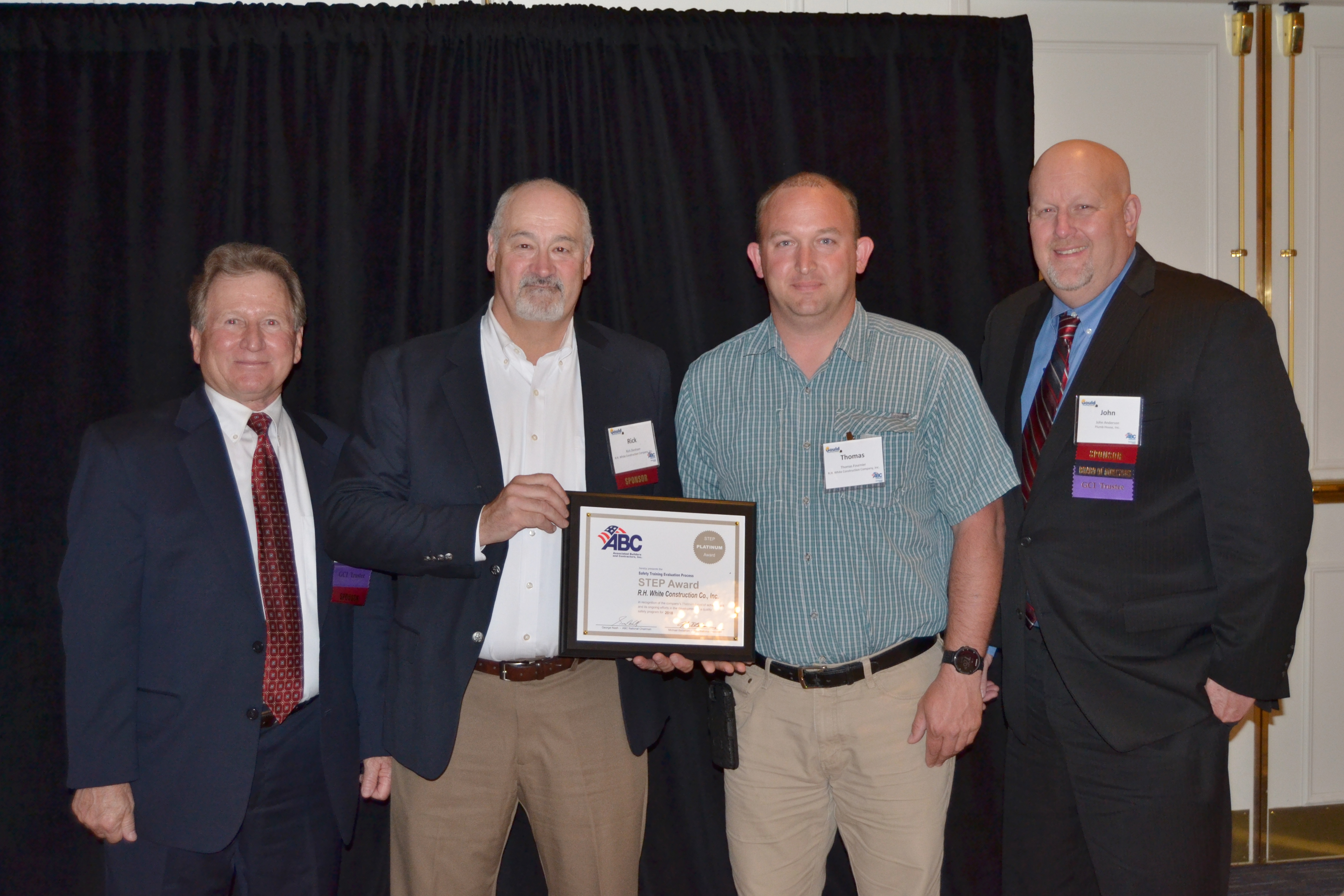 S.T.E.P. is a national ABC program that provides safety benchmarking and improvement tools that has been shown to dramatically improve safety performance among participating companies.   Established in 1969, S.T.E.P. was developed and written by contractors, for contractors.  Companies measure their safety performance and policies through a review of 20 key components with a goal of enhancing safety programs and reducing jobsite incident rates.

“A contractor’s most valuable resource is their workers. There is nothing more important than jobsite safety,” said GCI President Barbara Lagergren. “This year’s S.T.E.P. award recipients deserve each and every accolade they received by continuing to raise the standards of safety, training, and education throughout the construction industry.”

S.T.E.P. Awards are presented annually to ABC member companies with exceptional safety records and this year’s applicant pool was very competitive, with 58 companies recognized for their outstanding commitment to jobsite safety. Applicants are evaluated on a number of statistical factors such as incident rates, lost time and OSHA recordables.   The S.T.E.P. Awards banquet is ABC/GCI’s premier annual event.