By rhwmaster September 25, 2020 News
No Comments 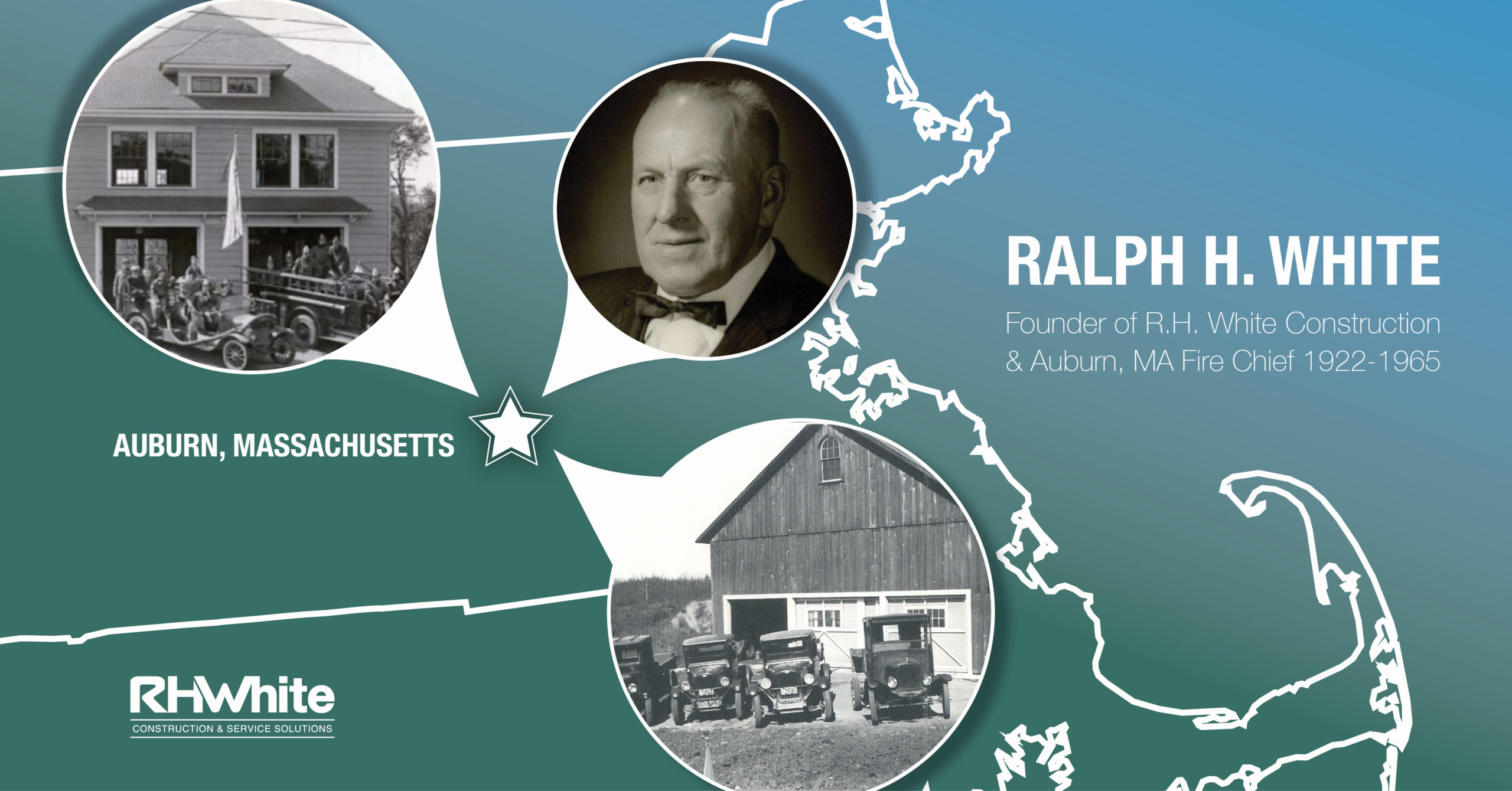 R.H. White Construction set up shop in Auburn, Massachusetts in 1923 by Ralph H. White. Ralph’s dedication to the town did not just start with the company. – He began his career with the Auburn Fire Department where he rose to the rank of Chief.  He served the department from 1922 to 1965.

Ralph’s love for Auburn and the fire department was never questioned. He worked to improve the department and efficiency of relaying the emergency calls to the firefighters. Ralph had a steam whistle installed at Drury Square to alert the firefighters of an emergency. He further streamlined the process throughout his time as Chief, relocating alarms, and finally installing the first “Fire Alarm” that we still hear today. At the end of World War II, Ralph temporarily removed the fire horn from the station, grabbed a portable air compressor from R.H. White Construction, and towed the horn through town and into Worcester to celebrate the end of the war.

Ralph spearheaded the erection of the first 50′ x 30′ fire station that was occupied in 1924. At this time, the department had two pumping engines and a 40-gallon fire extinguisher on wheels that Ralph towed to fires behind his car. Over the years he worked to replace the 25-year-old fire trucks, get better equipment to respond to fires, and put more efficient emergency response procedures in place.

Some years later in 1956, Ralph recommended that the first fire station be rebuilt. He stated that the building needed modernization and was deemed a fire hazard due to the wood construction. The plans were not approved until 1962, and the first fire station was demolished and burned. To build the new station in its current location, a portion of the Auburn Pond (Mirror Lake) had to be filled in. Finally, on June 7th, 1964, the new fire station was complete and dedicated to Chief White shortly before his retirement in 1965.

Ralph simultaneously ran the town’s fire department and R.H. White Construction, which continues to call Auburn its home with the fourth generation of the White family working through the ranks of the company. Even with the growth of the company through the years and continued expansion, there has never been a reason to relocate. Auburn is where it all began and where R.H. White plans to stay!

More information on the company’s conception and history can be found here!